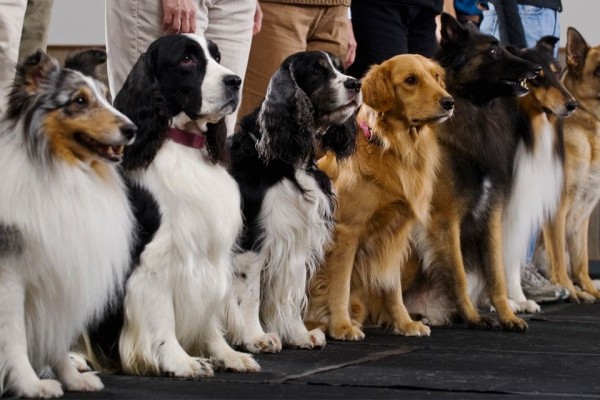 Dogs with Obsessions and anxieties

Reasons for obsessions, anxiety and treatment

Most of us have probably heard a dog owner say, “My dog is obsessed with tennis balls?” However, there is a difference between a ball-motivated, or even a ball-fixated dog, and a dog with a true compulsion (obsession).

“Compulsive behaviours are abnormal because they are displayed out of context and are often repetitive, exaggerated, or continuous.” And if your dog gets excited about the tennis ball at the park but can chill out when you place it back in your pocket, he’s probably okay.

But if he lives, breathes, and eats tennis ball to an alarming degree, and becomes difficult to distract when the fuzzy yellow beast is out, it is very likely to be an obsession.

The most common obsessive behaviours in dogs include:

Spinning and tail chasing. Dogs will get in a loop of spinning in place or chasing their own tail around in circles, and it can be hard to get them out of it.

Constant barking. Dogs might bark nonstop for no obvious reason, or seem unable to stop barking after a reasonable amount of time following the trigger.

Toy fixation. Like the tennis ball, dogs with obsessive toy fixations may chew, throw, or guard a favourite toy to excess, or be difficult to distract when the toy is out.

Pacing. Anxious dogs will sometimes walk in a fixed Patten over and over again or run in circles over and over.

Air licking and air biting. The dog may walk around licking the air or biting at it or at “invisible objects.”

Surface licking. Here’s one with which I am intimately familiar: When Radar is stressed out, he will obsessively lick the ground.

Pica – (Eating Disorder). The dog will pickup and chews or eats non-food objects.

Shadow and light chasing. This obsessive behaviour is common in high-intelligence herding breeds who become fixated to changes in light or people teasing their dogs with a laser beam, or chasing their own or your shadow.

Compulsions are typically related to one of the following causes:

As a result of physical injury or discomfort. I once had a foster dog that obsessively spun in circles after her tail following an injury. What started as a physical urge-to lick and scratch at her healing tail, turned into a compulsion that continued after the wound healed.

Environmental stressors. Dogs who are under stimulated, poorly socialized, under- exercised, or mistreated at home can develop compulsions.

Imbalances in the brain. Or by cognitive dysfunction brought on by age or other genetic disorder. It can be harder to solve obsessions caused by a chemical or medical reason, which is why it’s vital to consult your Dog Behaviourist or accredited Dog Trainer if your dog displays compulsive behaviour.

One thing most obsessive dogs have in common is: Stress. Repetitive, and unwanted behaviour results from a dog in distress, so the best way to treat them, or stop them before they start, is to ensure your dog has a calm environment with limited stressors and the appropriate interaction with them.

If left untreated, compulsive behaviour in dogs can lead to lasting emotional, physical and behavioural issues. Fortunately, once you identified your dog’s obsession, there are many things you can do to assist.

Call a Dog Behaviourist. If your dog is exhibiting any of the above- mentioned obsessive behaviours, you should consult your Dog Behaviourist or Dog Trainer just in case there is a physical cause. So you can be referred to a specialized veterinarian that can help identify the root of the physical problem, and in extreme cases, they may prescribe an anti-anxiety medication. Which I do not recommend. And Ill explain why further down.

Keep them calm and away from what triggers them. This may mean no more tennis balls in the house or the park, or crating your dog when you leave to give them a safe, and quiet “den” to relax in while you’re away.

Keep them active. Obsessive dogs have busy brains that need something to do. Give your dog at least half an hour of hard exercise every day, and throw in a couple 10- minute training sessions throughout the day to keep their body in shape and their mind stimulated.

Consult a Dog Behaviourist or a Dog Trainer for more help. There’s no shame in seeking outside help to treat a dog with obsessive behaviour, and learning new tricks to help you both react appropriately to stress.

In my 35 years experience, the most frustrating obsessive behaviours can be treated with time, consistent training, and proper attention, and medication should be avoided.

Why should medication be avoided? In their natural habitat, dogs are free to roam at will, as their primal nomadic behaviour patterns and instincts have dictated and embedded these behaviours in them for hundreds of thousands of years before us humans arrived on these earth.

When they enter our human environment they are mostly confined and in many cases locked up for most of the day in the house or a back yard. Dogs that live freely are not affected as commonly with obsessions the way dogs that live in our homes.

These types of confinements and lack of freedom or exercise are a major contributor to many obsessions that dogs living with humans can develop.

Why dogs living with humans are more susceptible to develop issues then their wild free cousins?

The answer is simple; many studies and years of research including my own 35 years of hands on and continual involvement is research in the field of animal behaviour science patterns, have shown that dogs that live in the wild have less mental issues then dogs living with humans.

When I say dogs living in the wild, I am referring to “Canis lupus familiaris”, the wolves who are the closest ancestral cousin of our domesticated dogs, the coyote, the wild African dog, the wild Asian dog or the dogs who were ones domesticated and have been lost or let go.

I refer to hundreds of thousands of dogs that have been once domesticated and lived with humans and now live freely in their natural habitat resulting in dumping or runaways, in the areas of South America, China, Africa, the United States and other part of the world, and even in Australia.

The reasons for mental disorders in our domesticated dog are many and the subject is complex, diverse, and there are many variables.

I will touch base on the most important issues.

The way most people interact with their dogs are not understood by our furry beloved friends, as dogs are still communicating in primal way that we need to understand, we communicate in very different ways to them or their understanding, we humanise them and apply human emotions to the way we interact with them, and it’s not understood and confusing to them. Dogs behave in unwanted ways because they learn them from us, which become “leant Behaviour”

These are just some of the starting problems. It very easy to do the right thing and have them understand us and provide them with their natural requirements once you understand the appropriate way to bring your dog up balanced and without confusion. For the best results of training your dog and understanding responsible ownership and the correct ways to interact and communicate with them, Cause for Paws can help you and your dog achieving the most desired respect and behaviour from your dog by training it the way they understand and which is natural to them.

Vaccinating your pup or not! 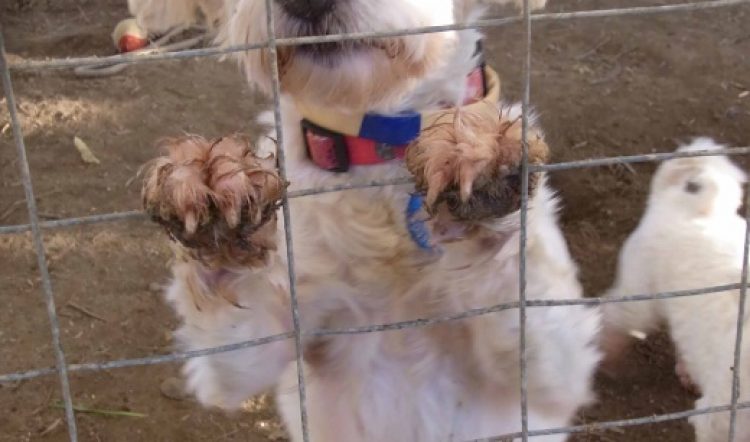 5 Reasons Why Dogs are Abandoned